Following the successful testing and integration in Aarhus earlier in November, our Robs4Crops technical and research partners gathered again. This time, joint technical development and testing meeting took place during the week of November 29th in Toulouse at Agreenculture’s facilities.

The idea behind this physical meeting was to reach a minimum required functionality to launch the large scale pilot in the field next spring. The whole process is designed to be conducted in small steps and the goal of these small steps is to come to an MVP that can be used and after that proceed in iterations to gain more functionality and performance over time.

Our methodology lies on an iterative approach since it is of crucial value for successful market entry and smooth end-user acceptance and this integration week is an integral part of our methodology.

It is of vital significance to address the importance of testing the combinations of intermediate MVPs that are delivered as implements because testing and integration are an interwoven process and the limitations and the possibilities of the integrated system will then be clear and functional before the actual implementation.

The first activity that was performed on the first day was verifying physical connections between CEOL/AGC-box and the sprayer fuse box, followed by actually connecting the cables and checking the module and all the components that are needed for the communication between the Middleware and sprayer perception system.

The meeting finale was centred on the execution with the real robot, letting it do some work based on commands from the farming controller.

Be sure to find out more about the upcoming meetings and events by signing up to our Newsletter! 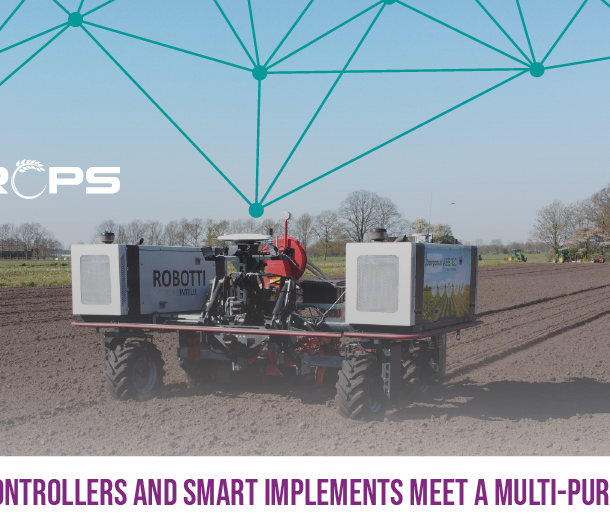